This article is how to replace the DC jack on a ThinkPad X300.

This X300 came to me with little information. Apparently the user knew that the jack was most likely the culprit and asked for the jack to be fixed.

I tested the AC adapter with a multimeter and it was putting out the correct voltage.

Next I plugged it into the X300. As you can see in the picture below, there were no signs of it getting power. 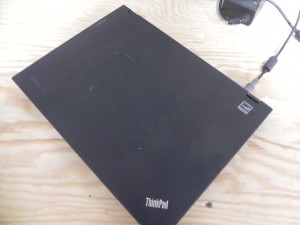 Here is the X300 plugged in. Note that when the unit is plugged in, the power light should light up green. 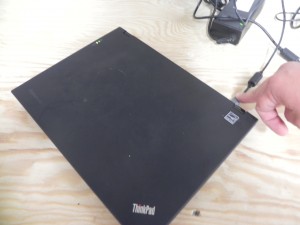 Pressing down on the cord made the power LED turn on. Definitely a jack problem. 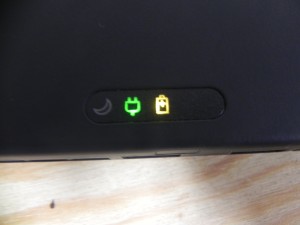 The greed LED means the unit is getting power. The battery light is lighting up orange because the battery is charging.

So now that the jack problem is verified, it is time to take this thing apart.

I first unplug it and remove the battery. 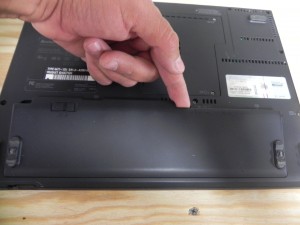 Now that the battery is out I’ll take the memory cover off. 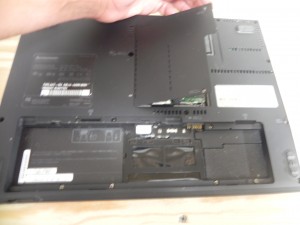 Next I am removing the 2 screws on the bottom of the laptop that hold the keyboard in place. Once those are out, the keyboard slides back, allowing the tabs on the bottom if it to slide out from under the palmrest. It can then be lifted out of place. 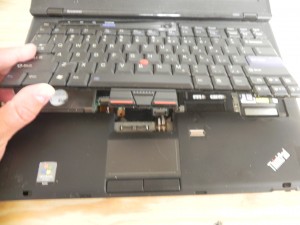 The keyboard slides back, then lifts out.

Unplug the keyboard from the motherboard connector. 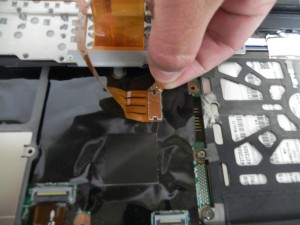 Gently pull up on the pull tab.

Now disconnect the palmrest cables from the motherboard. 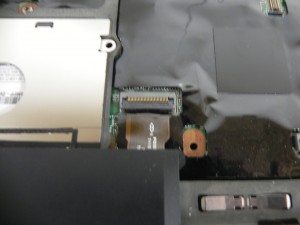 The black tab lifts up. Careful, it hinges towards the rear of the laptop. Do not break this off. Gently lift it up, and the cable will pull out of place with almost no effort. 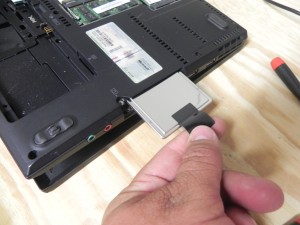 Grab the pull tab and the hard drive will slip right out.

Once the hard drive is out, note the hidden screw. You’ll need to remove this to get the keyboard bezel off in a few.

I’m moving on to remove the palmrest screws. These are relatively easy to find are and typically the screws in the first few inches of the machine. 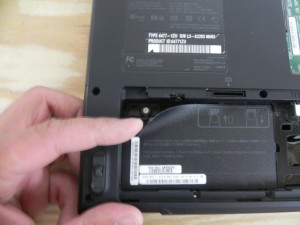 Be on the lookout for hidden screws. This is one of the palmrest’s screws! Hey, what are you doing down there underneath that sticker?! 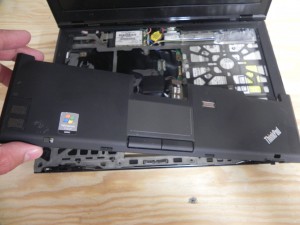 Off comes the palmrest 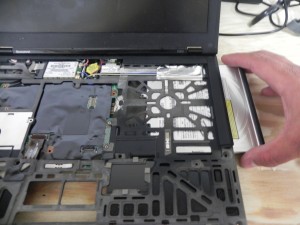 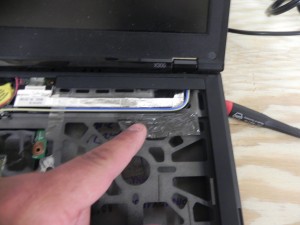 Remove the foil stuff. Metal tape. Wire protector, whatever you want to call it.

Next I’m going to unplug the wires for the wireless devices. These will need to be threaded through the machine because they all travel into the lid of the laptop and through the palmrest and both are coming off in a minute. 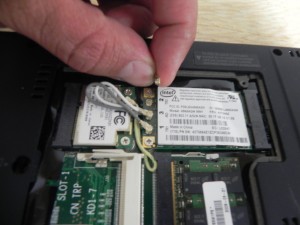 Now I remove the screws for the upper keyboard bezel. These are pretty much around the outside of the laptop. There are 2 or 3 on the topside. It falls off very easily once all of the screws are out. No not damage the cables while removing this. 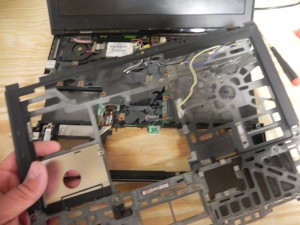 Unhook the other cables here. Use the pull tabs that are so graciously put in place. Pull tabs are your friend. 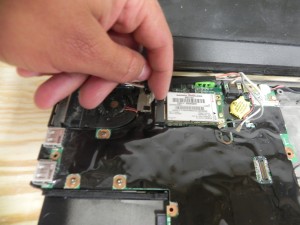 Now that all of the cables are disconnected the LCD assembly is coming off. There are 4 screws for this on this model. 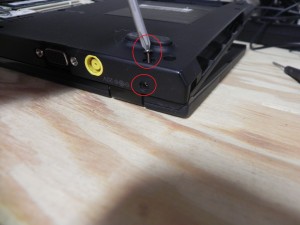 2 screws on both sides of the laptop hold the LCD assembly in place. 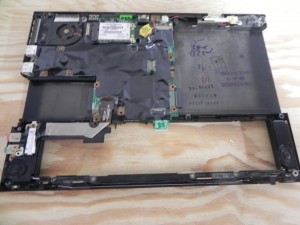 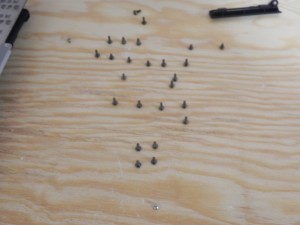 Every time I move to a new step I make a new row of screws. Then when I put it back together I just go right back up the list of screws. This doesn’t work for many people but it does for me.

Now it is time to inspect the jack area and see what went wrong. Discolored metal! Yay. Something isn’t right.. 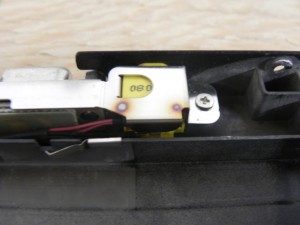 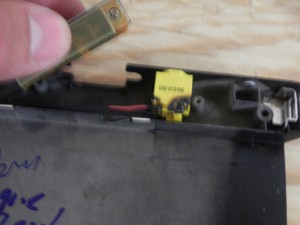 I had the new jack ready for action. 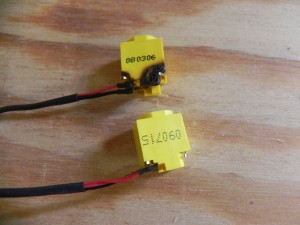 Out with the old, in with the new.

Now the laptop needs to go back together. Here I’m just going to do everything in reverse. 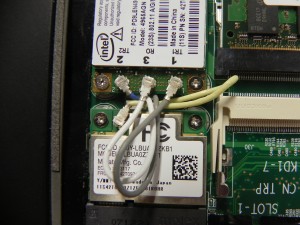 In case you weren’t paying attention when you took it apart, this is how the wires go. 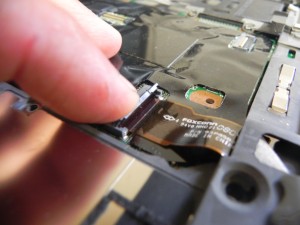 Gently press this down to lock the touchpad cable back into place. 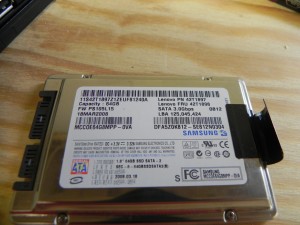 Close up of the 64GB SSD

Once it is  all back together and the battery is in I plug it in. 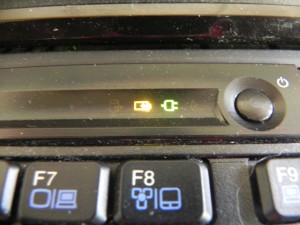 It is getting power and charging the battery.

It now gets power! Success. I jiggle and gently yank around the cord and the machine maintains power.

You can turn the machine on and remove the battery and do this as well, but I’m certain the jack is good.

Time for the moment of truth. Does the machine stll work? Let’s turn it on. 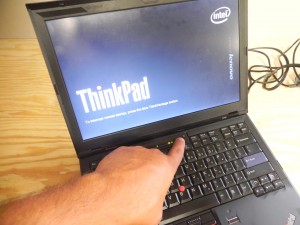